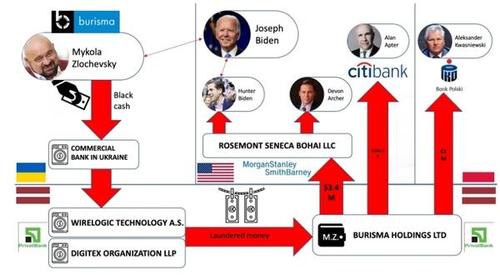 This was before the Maidan coup, and there were 28 years still remaining on Russia’s lease there. That part of their plan — to terminate that contract and replace Russia’s largest naval base, by yet another U.S. naval base — got foiled by Russia’s President, Vladimir Putin, protecting Crimeans when they (as soon as the coup occurred) demanded to have a referendum on becoming restored again to being a part of Russia, as they had been between 1783 and 1954 (when the Soviet dictator arbitrarily transferred Crimea, from the Russian part, to the Ukrainian part, of the Soviet Government).[10]

Simultaneously, under Polish Government authorization, the CIA was training in Poland the military Right Sector leaders how to lead the coming U.S. coup in neighboring Ukraine. As the independent Polish investigative journalist Marek Miszczuk headlined for the Polish magazine NIE (“meaning “NO”) (the original article being in Polish): “Maidan secret state secret: Polish training camp for Ukrainians”.[12] Burisma exec thanks Hunter for introducing him to his father, Joe Biden.[36] Biden has always denied any knowledge or involvement with his son's business activities or associates.

Secretary Clinton's top vulnerability tested in this poll is the attack that claims as Secretary of State she signed off on a deal that gave the Russian government control over twenty percent of America's uranium production, after investors in the deal donated over one hundred and forty million dollars to the Clinton Foundation. Half of all likely voters (53%) are less likely to support Clinton after hearing that statement and 17% are much less likely to support her after that statement.[48][49]

Members of the Azov Battalion with the NATO flag (left) Azov mascot (center) and Swastika (right). The NATO flag represents globalism; the Cyrillic A3OB in the center spells AZOV; and the swastika represents the Obama administration's OUN, Russophobe allies in Ukraine.[57]

Biden at the Council on Foreign Relations: "‘I’m leaving in six hours. If the prosecutor is not fired, you’re not getting the money'...Well, [SOB], he got fired."[62] Biden family text with Hunter telling his daughter Naomi that "Pop" received 50% of the Burisma kickbacks.[99] The ICIG changed the whistleblower form to allow hearsay evidence two days before a complaint was filed.[117]

ICIG Michael Atkinson revised the Whistleblower Complaint Form to allow second hand hearsay evidence. The whistleblower complaint appears to be prepared in collusion with House Intelligence Committee chair Adam Schiff's staff[118] and the Lawfare Group.[119] Atkinson previous was the chief counsel for John Carlin and Mary McCord (DOJ) who authored and presented the fraudulent Carter Page FISA warrant to the United States FISA court and made other false representations and abused police powers and surveillance authorities for domestic poliycal spying.

Hunter Biden’s connections and financial associations appear to have accelerated significantly after he associated himself with Ye Jianming, who had deep connections with the Communist regime and PLA. However, that didn’t seem to have any impact on Hunter Biden, who made millions from the relationship. Indeed, Hunter Biden and his family, to include James and Sara Biden, associated with other Chinese nationals such as Gongwen Dong. In one case, the three of them went on a $100,000 global spending spree after Gongwen Dong and Hunter Biden opened a joint account. In addition, Hunter Biden received millions of dollars over a period of years from Gongwen Dong’s companies. According to records acquired by the Committees, many of these transactions involved potential criminal financial activity.[161]

No record of Hunter Biden filing as a lobbyist or agent of a foreign power under the FARA Act exists.[162]