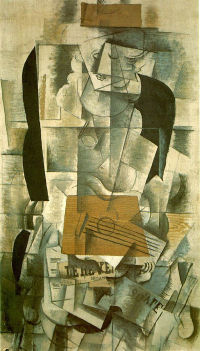 Feminism is an ideology that causes an alienation in affection by women for men. Feminism denies or downplays differences between men and women; feminism opposes homemaking, child-rearing, and homeschooling by women; and feminism promotes participation by women in predominantly male activities regardless of their life pursuits or interests. Most prominent modern feminists support abortion.

Feminism was originally an expression used by suffragettes – who were predominantly pro-life[4][5][6] – to obtain the right for women to vote in the early 1900s in the United States and the United Kingdom. By the 1970s, however, at the height of what was termed Second-wave feminism, liberals had changed the meaning to represent people who favored abortion and identical roles or quotas for women in the military and in society as a whole. Today in the midst of what is called Third-wave feminism, some feminists are enforcers of liberal censorship and political correctness, at the expense of free speech. In fact, much of what drove Second-wave feminism and what now drives Third-wave feminism was derived from Communist doctrine and both have a great deal in common, including the shared goal of the destruction of the family and the promotion of homosexuality and promiscuity (via Goal 26 of the 1963 Communist goals for America).[7][8]

Roots of the movement in the United States and the United Kingdom include the Women's Suffrage movement of the early 1900s (First-wave feminism) and the Women's Liberation (Second-wave feminism) movement of the 1960s and 1970s. Second-wave feminism had its roots from Betty Friedan and Simone de Beauvoir, who both advocated for the abolition of the career of housewife with the false implication that it was comparable to a Nazi concentration camp or a parasite, though they are more akin to the later third-wave feminism, as they fought against what they saw as patriarchal systems designed to hold women down. Another notable feminist was Simone Veil, who was instrumental to legalizing abortion in France. One of her key methods to its legalization was citing her experience as a holocaust survivor.[19]

During the administration of Bill Clinton, feminism made a partial resurgence, although feminist leadership was criticized by people such as Christina Odone and Candice E. Jackson for largely failing to criticize President Clinton's sexist behavior toward female employees as both Arkansas Governor and U.S. President.[23][24]

Feminists in the Swedish government on Valentine's Day, February 14, 2017 were urged by the Iranian women's right activist Masih Alinejad “to stand for their own dignity” and to refuse to wear the compulsory hijab while visiting Iran. The pleas were ignored. The Jihad Watch website reported,[27]

The Feminist movement is part of the Cultural Marxist attack on the family. Studies have shown that Annie Laurie Gaylor is an atheist feminist. She is co-president of the Freedom From Religion Foundation. Gaylor's husband, Dan Barker, who heads the organization along with her, is usually the person invited to speaking engagements, despite her longer tenure as the organization's leader and her many books on atheism.[29]

Surveys throughout the world and other data indicate that women are less inclined to be atheists.[30] [31] See: Atheism and women

Since most atheists lean Left politically (see: Atheism and politics) most atheist women are feminists. However, this may not apply to atheist men or apply to a lesser degree, given that a significant majority of atheist are men and that the men's rights movement has many atheist men within it. Reddit is a popular place for atheists and a Reddit survey found that 94% of Men's Rights Movement supporters indicated that they had no religion (see also: Reddit atheism).[33] YouTube's most popular atheist is TheAmazingAtheist who is a men's rights activist. Another popular YouTube atheist Thunderf00t is very critical of feminism within atheism (See also: Atheism plus).

Femen is a Ukrainian radical feminist activist group which is now based in Paris. According to the Washington Post, "Femen’s members consider atheism to be a fundamental tenet of the group’s ideology."[34]